Everyone knows that CPU utiization in windows can be found out from Windows Task Manager. But what about Linux? Well Linux has also got set of utilities to monitor CPU utilization. With these commands you can find out total CPU utilization, individual CPU utilization (for SMP machines), your system’s average CPU utilization since the last reboot, determine which process is eating up your CPU(s) etc. 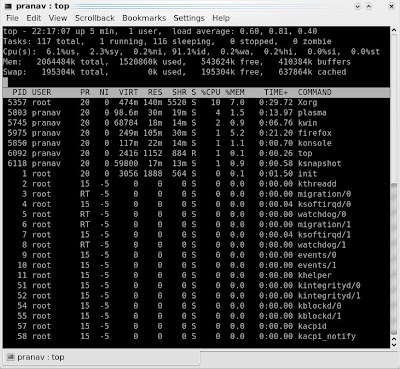 To quit top, you have to press Q key of your keyboard.

To use this command, you have to install a package called sysstat. For Ubuntu or Debian systems, you can install this package using apt-get.

To get CPU utilization information, type in following command: 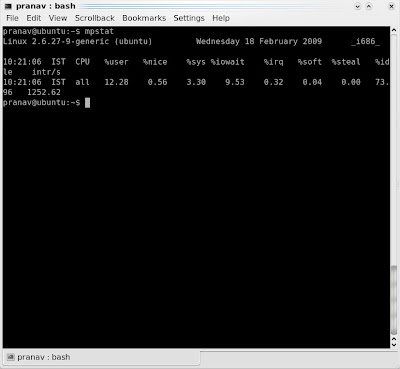 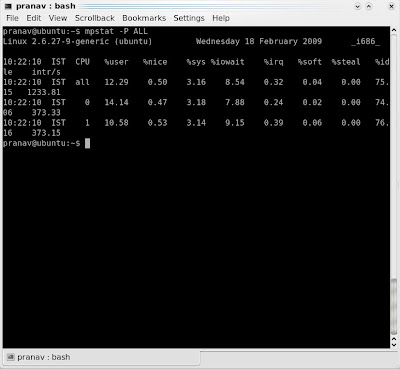 This command will display CPU utilization 2 seconds apart, 5 times as shown below. 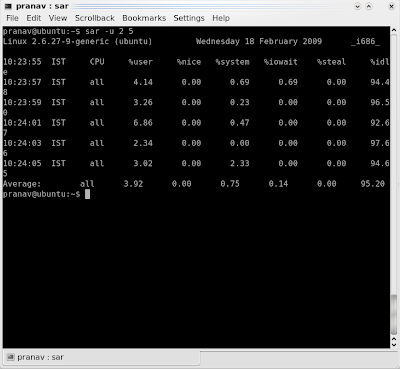 The iostat command reports Central Processing Unit (CPU) statistics and input/output statistics for devices and partitions. It can be use to find out your system’s average CPU utilization since the last reboot. 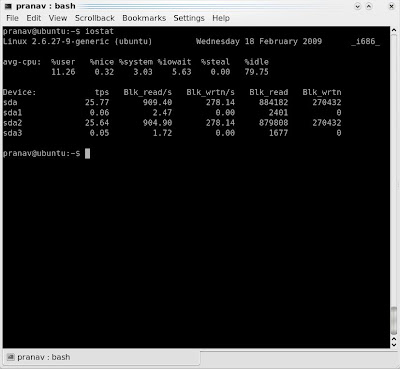 KDE desktop environment has a system monitor utility which shows CPU utilization as well as many more information. You can also kill a process using this utility as shown below: 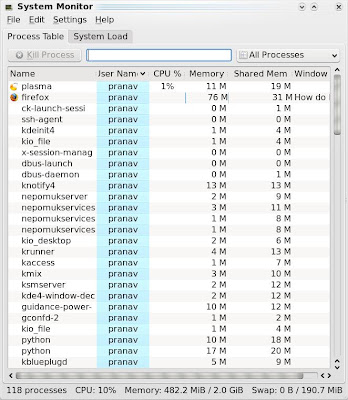 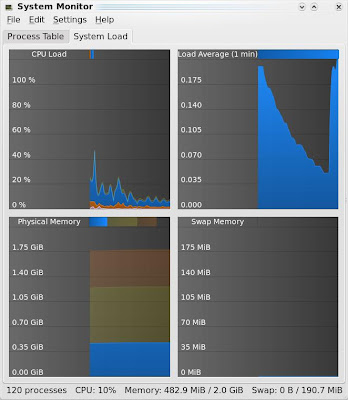 For learning more about above commands and their options, you can go through their man pages.